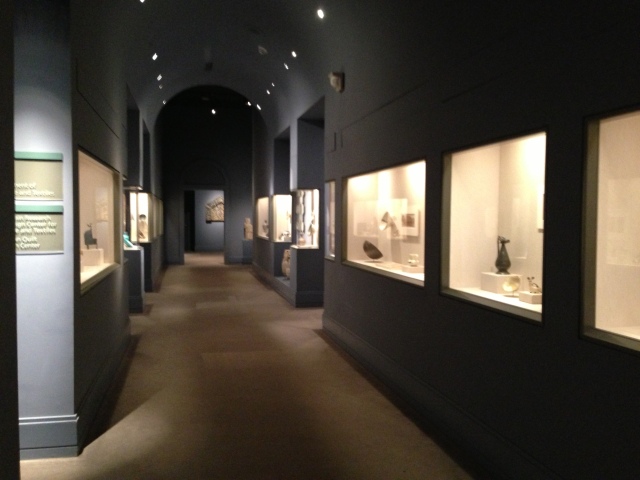 Linda Komaroff is also the curator of Islamic Art at LACMA, and has used her role there to highlight the influence Ancient Islamic Art has had on some contemporary Middle Eastern artists today. I toured the Islamic Art Department and was intrigued to find 3 works by contemporary Middle Eastern artists displayed alongside Ancient Islamic artifacts. It is an interesting way of drawing a connection between the two periods. It highlights that the region’s art history is somewhat steeped in the world of Islamic Art.

In this specific case, the artists whose works were being exhibited were Ali Omar Ermes (Libyan) and Sadegh Tirafkan (Iranian). Ali’s beautiful works are inspired by Arabic scripture and calligraphy, a strong component of Islamic Art. Sadegh Tirafkan’s two works also played around with scripture. I really enjoyed the way these works were displayed alongside Ancient Islamic artifacts, and hope to see it done more often in the future.

‘The Letter Kaf’ by Ali Omar Ermes (screenprint on paper)