Posted on February 29, 2012 by artofthemideast 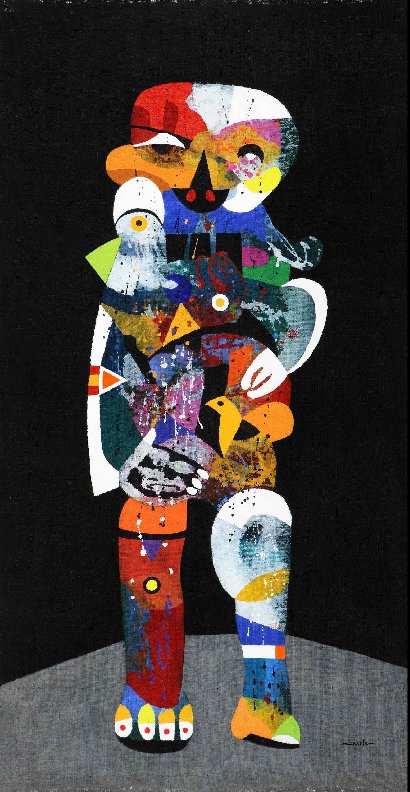 This exhibition includes a mural installation of sculptures and a series of recent paintings in the continuity of my plastic research. In the 1990s, I started to develop my work on the figure of the “human-insect”. Agitation, aggressiveness, the hustle and bustle of the population during the Lebanese civil war inspired the idea of a dehumanized human being with animal behavior. The anxiety of war and the human figure have been the pretext to a research on the musicality of color. With time, my canvas has evolved to a study of the world and the balance between order and chaos. My new figuration is an observation of chaos through the space of the canvas, reflection of the world. 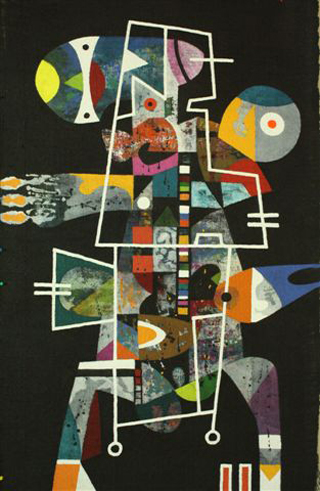 Born in Lebanon in 1966, Charles Khoury has a diploma in Lithography from the Lebanese Academy of Fine Arts. He is a member of the International association of Fine Arts – Unesco in Paris. Since 1989, he has participated in numerous personal and collective exhibitions in the Ivory Coast, Syria, Egypt, Kuwait, Lebanon, Dubai and Abu Dhabi, Bangladesh, the United Kingdom and several times in France. In 2008, the Nicolas Sursock Museum granted him the Special Jury Award. He held in 2009 a solo exhibition at the Balamand University and another at Galerie Janine Rubeiz.